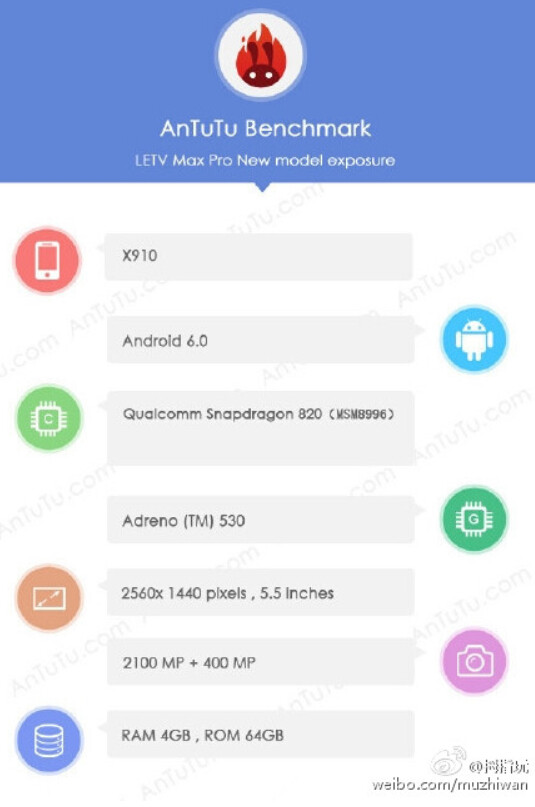 The LeTV Max Pro X910 has been run through the AnTuTu benchmark site with some impressive specs in tow. Consider that the Snapdragon 820 SoC is under the hood, containing a quad-core CPU and the Adreno 530 GPU. The screen is 5.5-inches and carries a 1440 x 2560 QHD resolution. 4GB of RAM is inside, along with 64GB of internal storage. Android 6.0 is pre-installed.

A 21MP camera adorns the back of the handset, while a 4MP Ultrapixel camera can be found on the front of the phone for shooting selfies and handling video chats. This is quite a well-spec’d beast coming from LeTV, which is

That LeTV is prepping a phone powered by Qualcomm’s latest and greatest chipset is not a surprise. Back in August, the company posted a teaser

hinting that it was prepping a phone powered by the chip

Now that the LeTV Max Pro X910 has been benchmarked, perhaps we will see the device certified soon by TENAA.

Thanks for the tip!

New reasons to get excited every week

Get the most important news, reviews and deals in mobile tech delivered straight to your inbox

Phonearena comments rules
A discussion is a place, where people can voice their opinion, no matter if it is positive, neutral or negative. However, when posting, one must stay true to the topic, and not just share some random thoughts, which are not directly related to the matter.

Things that are NOT allowed:

Moderation is done by humans. We try to be as objective as possible and moderate with zero bias. If you think a post should be moderated – please, report it.
Have a question about the rules or why you have been moderated/limited/banned? Please, 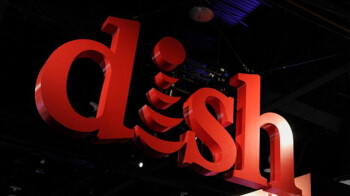 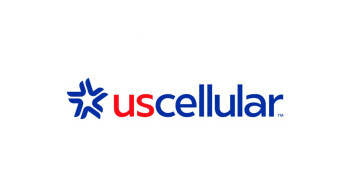 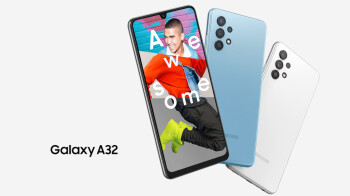 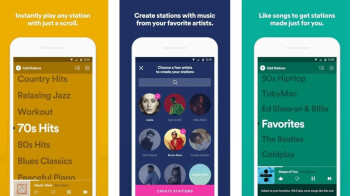 Spotify is shutting down one of its apps this month 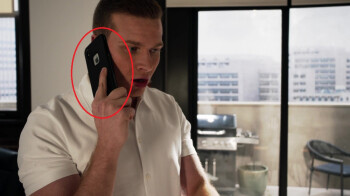 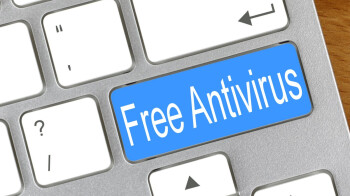 Apple and Samsung both working on thermometers for next watches, but one is struggling

How to get rid of LeEco Spyware?