A Lagos Magistrate Court sitting in Igbosere, Lagos has granted popular singer, Johnson Hunga Oyindamola, well known as Dammy Krane, bail in the sum of N50,000 with one surety in the like sum. The singer was arraigned on three counts bordering on threat to life, defamation, and conduct likely to cause a breach of peace, which he pleaded… 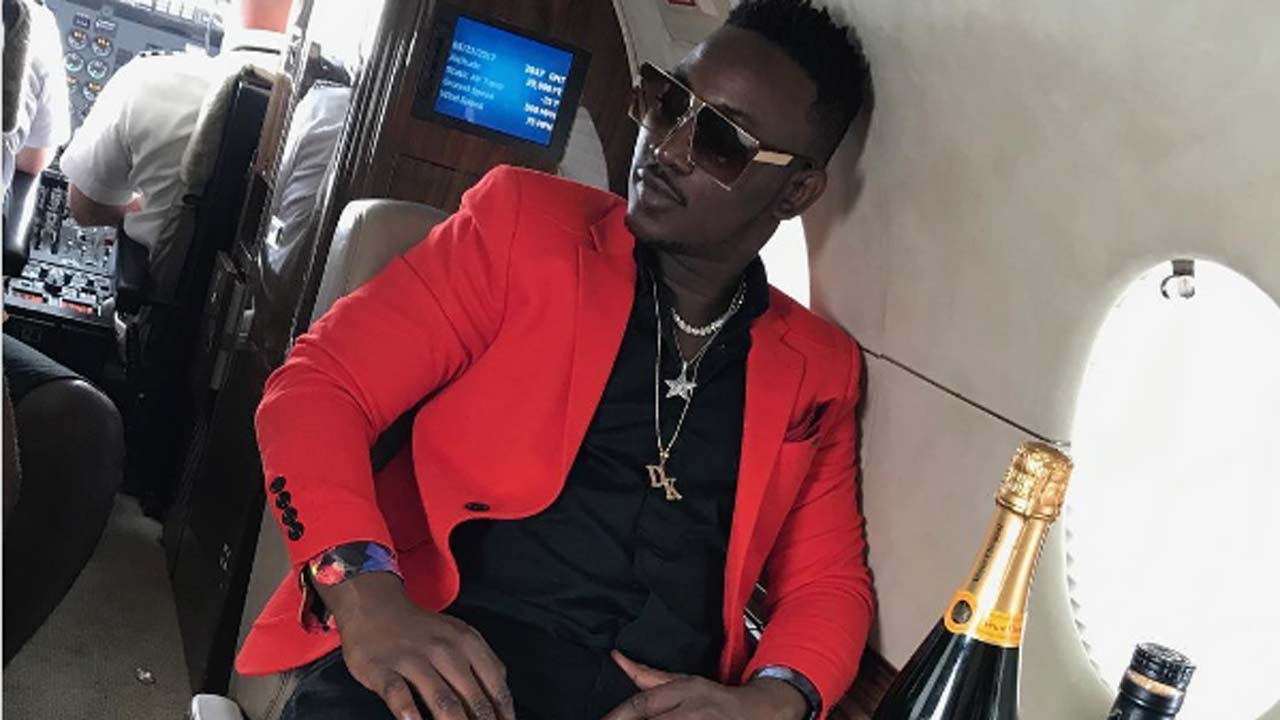 A Lagos Magistrate Court sitting in Igbosere, Lagos has granted popular singer, Johnson Hunga Oyindamola, well known as Dammy Krane, bail in the sum of N50,000 with one surety in the like sum. The singer was arraigned on three counts bordering on threat to life, defamation, and conduct likely to cause a breach of peace, which he pleaded not guilty to.

The magistrate, A. F. O Botoku, also adjourned the matter till October 11 for the commencement of trial.

The musician had on July 25, 2019, threatened the lives of staff members of betting company, Merrybet Gold Limited, and also released a song in which he accused the firm of breach of contract.

The charge levied against the popstar are below:

“That you, Johnson Hunga Oyindamola and others at large on the 29th day of July, 2019, at Cool FM in the Lagos magisterial district did conspire amongst yourselves to commit felony to wit: Conduct likely to cause breach of peace and threat to life and thereby committed an offence punishable under Section 412 of the Criminal Law of Lagos State of Nigeria, 2015″.

“That you, Johnson Hunga Oyindamola and others at large on the same date, time and place in the aforementioned magisterial district did threaten the life of the staff of Merrybet Gold Limited and thereby committed an offence punishable under Section 301 of the Criminal Law of Lagos State of Nigeria, 2015,” the charges read in parts.

Applying for the singer’s bail, his counsel, Adebayo Oniyelu, said the “defendant is a well-known musician who has not been convicted of any crime and this is the first time he will be accused of one.”

He added that he would not interfere with the prosecution of the matter if granted bail, noting that the singer had been in prison custody since Friday.

The singer’s counsel, Oniyelu told the court that the case was one of breach of contract. “The musician performed for the complainant and they are owing to him N1million. He reached out to them to request for his money which they refused to listen to him, he went on air to say they are owing to him and the next thing was his arrest.”

However, the prosecuting counsel, Enang, told the court that the case is not as presented by the defendant. “That is not so, the defendant went to a radio station and started threatening and defaming the complainant. In fact, we will amend this charge. This is an international threat.

Responding to the claim of the debt owed, a representative of the betting company, Otemu Anaonye, who was present in court, said the company did not owe the musician any money and he was only making false claims to debt owing.

The counsel to the company who is also holding a watching brief in court on behalf of Merrybet, N. Anachebe, told the court they had written to the musician to withdraw his statements and he refused.

“We have written to him to retract the statements he made on his Instagram page to the effect of us owing him and he didn’t,”

The Guardian learnt trouble after the Amin crooner attended a game show sponsored by the betting company, Merrybet Gold Limited but lost. He was said to have demanded some money for appearing on the show but the firm disagreed, insisting that the sum was only given to winners.

In a bid to get back his money, the embittered musician called out the sport betting company on air on Cool FM, where he said the betting firm owed him money and breached a contractual agreement.

The sport betting company in counter reaction, wrote a petition to the police accusing the musician of threats and cyber bullying.

Recalled the singer, who was formerly signed to 2Face Idibia’s Hypertek Records is not a stranger to controversies, as he was on June 19, 2017, arrested in Miami, United States of America for credit card fraud. His details were also updated onto the US jail base website.

According to a report published by Miami News Times, he used a bogus card to book a private jet flight to Washington, D.C. When the authorities searched him, they found seven false credit cards in his wallet. He was released from jail in Miami after meeting his bail conditions, set at $7,500.

The 25-year-old popstar rose to prominence in 2012 after his single My Darling became a hit.

A healthy ambition: How Dammy is blending creativity with nutrition

Congratulations to Hafiz (Dammy) Busari on his MS thesis, publication in Biomaterials Science, and new job at PolyMed, Inc.! – the chow lab