You are reading: How To Unpack and Repack Boot/Recovery Imgs With Android Image Kitchen On Android (AIK-Mobile) 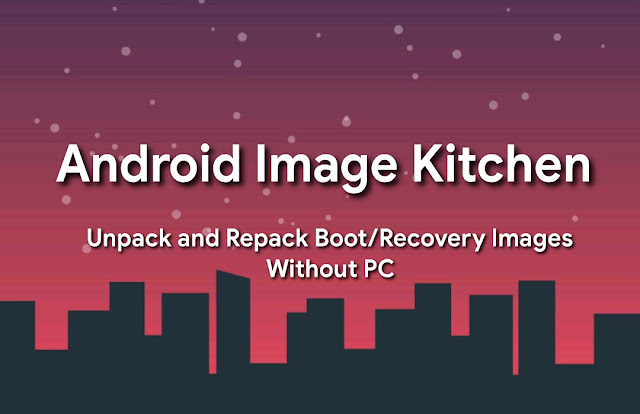 There are various tools to unpack boot images of Android for windows, mac and linux. The most compatible is Android Image Kitchen tool which has been created by XDA recognized developer Osmosis. This is just one tool in his long list of tools. There are some situations when we need to unpack boot or recovery images to modify them or port them from another device having same chipset and almost same specifications.

Not everyone have a PC or Laptop to do this this kind of thing so some people look for ways to do it on their Android Phones. Once again Osmosis did a great job in making the Android Image Kitchen work on Android. Now you don’t need PC to unpack or repack boot images. The only thing you need is a rooted device with a custom TWRP installed. If you have both, its very easy to unpack images , just like we do it on PC with Android Image Kitchen.

Now there are two different ways which you can use to unpack boot imgs. First one involves the use of terminal emulator only and second only involves the use of Root Browser Classis app only. I am going tell you about both of them. Before we move to those steps , first we need to install AIK-Mobile Installer.

This doesn’t require much work, all you have to do is open Magisk Manager and flash AIK-Mobile-Installer zip. You can also flash this zip through TWRP. After reboot we are ready to unpack boot/recovery imgs.
Lets learn about unpack/repack img methods.

Before proceeding to unpacking boot/recovery imgs you need boot/recovery imgs first. When you have them, move the boot.img or recovery.img to /data/local/AIK-mobile directory using any root explorer app. You can unapack only one img at a time.

This method is for those who don’t want to write coomands again and again to unpack and repack imgs. 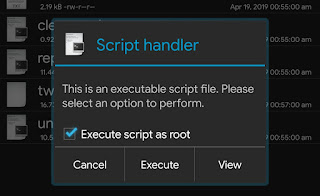 Thats it, if you have any doubts regarding this please comment here and I will try to help you.